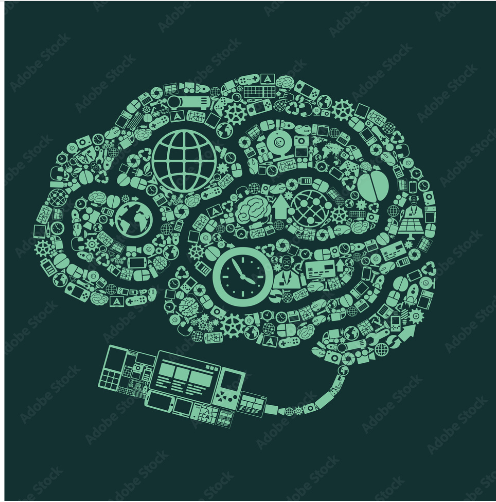 How to use Neuroplasticity to rewire your anxious brain

Your brain is in charge of everything, from what you want to eat that day, to how you are feeling, your heart rate, and your sleeping patterns. If it happens to you, your brain plays a major role. This includes emotional reactions to stressful situations, such as anxiety. While a little bit of anxiety is completely normal, too much can be detrimental.

The good news is that the human brain is a beautifully complex tool at our disposal. The brain is able and willing to reorganize itself to best suit our needs, which is known as neuroplasticity. Our neural networks are able to change through growth and rearrangement which affects a person’s brain structurally and functionally. There are many phenomenal benefits to neuroplasticity:

The Dark Side of Brain Adaptability

Of course, the flip side to this coin so to speak is that while the brain can change to help us, it can form neural pathways that can negatively impact us, such as intense feelings of anxiety. Anxiety is represented as extreme, and ongoing apprehension or nervousness concerning daily circumstances. Anxiety is incredibly normal when a person senses some sense of trouble headed their way. In fact, anxiety and stress are what drive the fight in the “fight-or-flight” reaction in intense circumstances, it’s why the limbic system does such a good job keeping us from harm.

The limbic system is the region of the brain that drives a person’s behavioral and emotional responses, particularly in terms of behaviors needed to survive. However, trouble can arise when our limbic system does its job a little too well and some of what our brains begin to perceive as danger is entirely harmless, such as, wrapping up that report the boss needs in, public speaking, or lacking a couple of hours of sleep. An incapacitated limbic system can emerge when a person undergoes chronic stress, a traumatic event, or several traumatic events. The stressors virtually overpower the brain, which alters how the limbic system is wired. With this new wiring the limbic system’s protective processes go off too often and at improper times. Meaning the constant “alarm bells” our brain is sending us can give us the sense that something is always wrong, even when nothing is going on.

If The Brain is Causing Anxiety How Can Neuroplasticity Help?

Massive networks of neurons make up the human brain. These are the smallest, most basic building blocks that make up the overall system.

Just about every job requires billions of neurons working together in unison. In order to carry out the task at hand, these neurons form a network of connections.

As a result of neuroplasticity, working at the brain’s structural level may be able to help alleviate anxiety.

Your mind is an amazing thing. As a child grows up, the brain becomes a complicated learning machine that aids you in overcoming the numerous difficulties of life.

However, it may be too effective at keeping you safe at times. Indeed, it is so effective that it may cause you to become overly attentive and nervous when you are in fact going to be OK.

But you can modify your brain! New connections between neurons may be made, and the knowledge you’ve acquired so far can be remapped.

Therefore, neuroplasticity exercises might be a useful strategy for reducing anxiety when done deliberately and often.

Your brain develops a “default” response to some stimuli after repeated exposure.

As an example, having an anxiety attack on a flight will make you more likely to have another one the next time you fly.

It happens due to your amygdala’s tendency to activate the fight-or-flight reaction in reaction to a particular stimulus, such as a traumatic event.

During the conditions when it isn’t merited, people do things like this. The “old” neuronal circuit is at work in this hypervigilance.

You may lessen anxiety by creating a “new” neural pathway with neuroplasticity exercises that act as a buffer between the input and your reaction.

Studies suggest that people suffering from depression have less flexibility in their brains. Aside from that, several antidepressants are thought to be effective because they increase neuroplasticity and help you rewire your anxious brain.

5 Causes of Adult Acne and How to Treat It