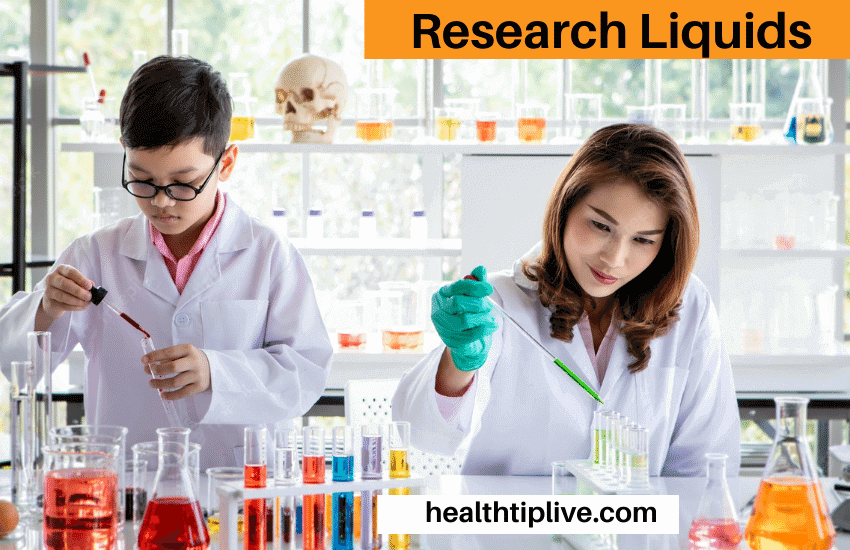 Nevertheless, the choice between the two liquids depends on several factors, mainly because of distinctive estrogen effects. Now that you are here, we will be conducting a comparative study between the two research liquids. Please keep reading until the end to learn more about it.

Anastrozole – What is it?

It is a nonsteroidal third-generation inhibitor, specifically for the aromatase enzyme. Further, it reversibly binds to all the other generations of Als. Anastrozole is considered to be a member of the triazole and nitrile family. Nevertheless, this research liquid can suppress estrone, estrone sulfate, and estradiol plasma levels. And it can do so, irrespective of the dose provided during treatment research.

You should note that this liquid plays a major role as an antineoplastic agent. In fact, the data from clinical studies suggest that anastrozole efficiently helps in shrinking breast cancer cells.

What is the Mechanism of Action of Anastrozole?

Anastrozole vividly interferes with the body’s capability of producing estrogen from androgens. And this is efficiently done by suppressing the aromatase enzyme activity, thereby blocking estrogen synthesis. Besides, the ovary is responsible for circulating estrogen in premenopausal females. Further, after menopause, estrogen is produced outside the ovarian tissues, including the uterus, breast, bone, heart, vagina, etc.

Tamoxifen – What is it?

Just like Anastrozole, Tamoxifen is a typical nonsteroidal selective estrogen receptor modulator. It efficiently exhibits both antagonist and estrogenic agonist effects in several parts of the test subject. Besides, it works as an antagonist in the breast tissue, thereby causing antitumor and antiestrogenic effects.

Further, in the downstream intracellular processes, it deliberately slows cell cycling. This can be classified as cytostatic. And it helps stimulate the estrogen receptors within the bone instead of blocking them. Thus, it proceeds to exert an estrogenic agonist effect, thereby preventing osteoporosis.

What is the Mechanism of Action of Tamoxifen?

This research liquid inhibits the binding of estradiol, particularly to estrogen receptors. Thus, it helps in preventing the receptor from binding to the estrogen-response element. Further, it results in a typical reduction of DNA synthesis along with a cellular response to estrogen.

Difference Between Anastrozole and Tamoxifen

Anastrozole brings forth certain limits to reducing the circulating estrogen. That’s why it’s not provided before menopause without adding particular medications for decreasing hormone levels. On the other hand, it’s quite useful for treating stringent diseases post-menopause. Thus, it is quite helpful for estrogen receptor-positive disease.

The characteristics of the breast tumor will suggest the usage of anastrozole initially and switching to tamoxifen therapy accordingly. Females diagnosed with ER-positive tumors with unfavorable characteristics are likely to be immediately selected for anastrozole therapy.

On the other hand, those diagnosed with the same tumors but who have unfavorable characteristics are usually chosen for tamoxifen treatment. However, after 2-3 years, the treatment is shifted to anastrozole.

The Importance of Rhinoplasty and Its Recovery Process

When Do Swollen Lymph Nodes Mean You Have Cancer?

Why Parents Should Pay Attention To Adolescent Counselling?

Why online scratchcards are better than real ones